I took this photo of Princeville’s first chick yesterday.  Mom was spending most of her time sitting on the chick to keep him warm.  A chick cannot thermoregulate when he first hatches. 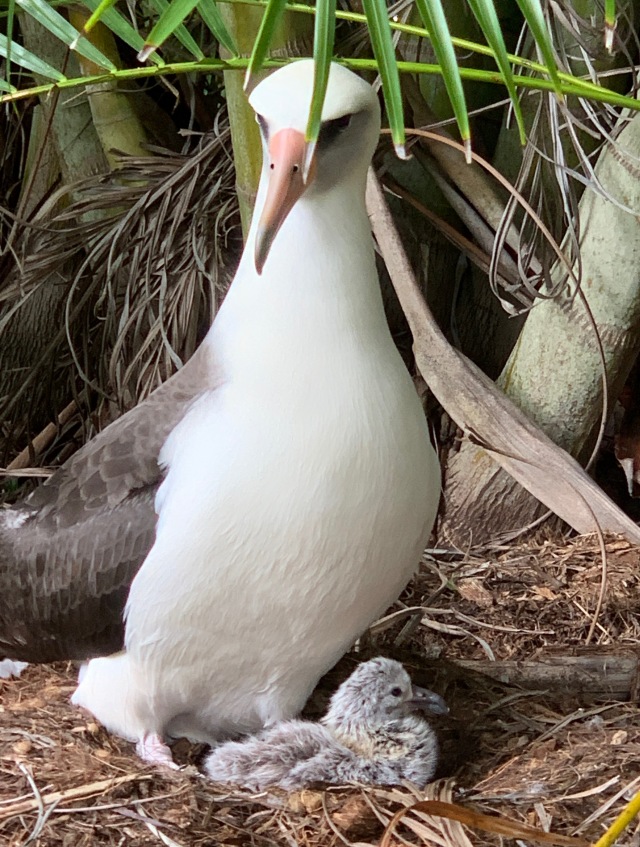 The first egg in Princeville was laid by K407.  She and her mate, KP531, nested across a yard from his former mate, KP467, who is with a male who nested in Princeville back in the 1993-1994 season, KP424.  At some point after 1994 he moved to the Kilauea Point National Wildlife Refuge and found a mate there.  But every year before returning to the refuge he would stop in Princeville for a few days, not interacting much, just hanging out.

One year his mate failed to return to the refuge, and KP424 moved back to Princeville.  By that time, KP467 and KP531 had split up.  KP424 had met other females, but KP467 was the one he chose to be his mate, and the feeling was mutual.

Often when an albatross couple splits up, there are no hard feelings.  The fact that former mates nest in the same yard would seem to indicate that nobody holds a grudge.  It is all very civilized.

When I returned to the nest today, Papa was on the chick.  When he stood up I grabbed this photo. 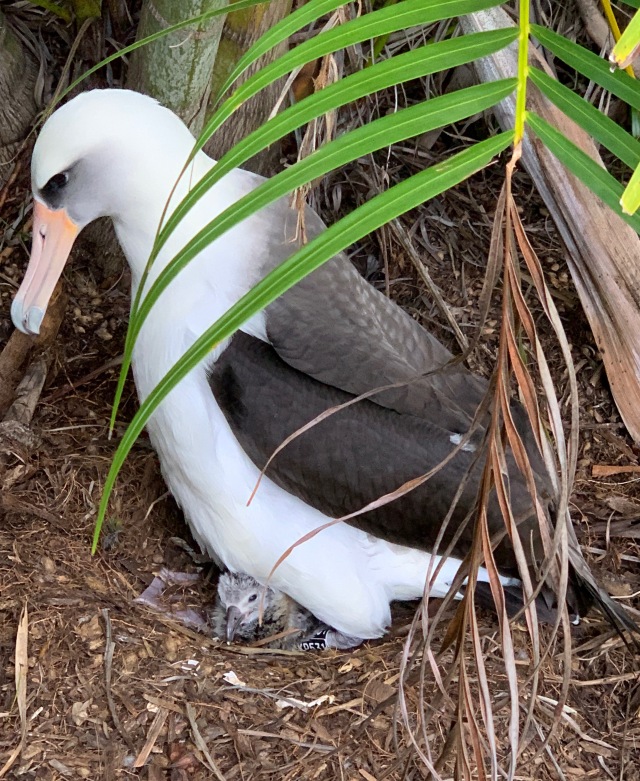 6 Responses to Our first chick